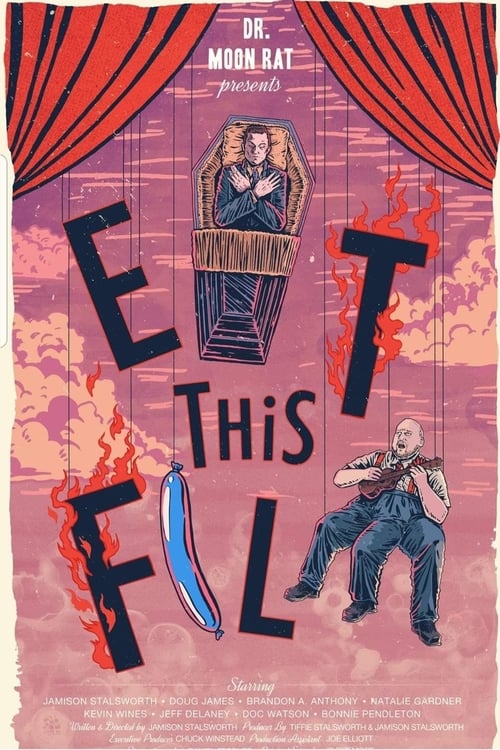 La Madre Buena (The Good Mother) Dir. - Sarah Clift 2016 // 6 min The topical tale features a strong Mexican mother torn between her politics and pleasing her only son’s request – to have a Donald Trump piñata for his birthday party. - www.lamadrebuenafilm.com https://youtu.be/5YMb-j-R4Bc Available on YouTube #indiefilm #film #eatthisfilm

Eat This Film seeks to share and promote known/unknown, new and old, feature, short (and mostly indie) films with folks of color as central characters. Check out: eatthisfilm.tumblr.com This blog is inspired by the lack of diversity reviewed of the 2015 Oscars, and motivated by @mariaaj & her blog, rewritehollywood.tumblr.com, which features scripts written by women. Eat This Film is definitely a work in progress so DM comments or suggestions to @shantreverite (Twitter) #poc #film #cinema #characters #movies #blacklivesmatter #indiefilm #foreignfilm #eatthisfilm

Coming back for seconds of our Italian dinner and getting ready for "Big Night" with Stanley Tucci and Tony Shaloub. @gracesiliconvalley #dinnerandamovie #stuffed

This River Dir. Erika MacPherson & Katherena Vermette 2016 // 19 min This short documentary offers an Indigenous perspective on the devastating experience of searching for a loved one who has disappeared. Volunteer activist Kyle Kematch and award-winning writer Katherena Vermette have both survived this heartbreak and share their histories with each other and the audience. While their stories are different, they both exemplify the beauty, grace, resilience, and activism born out of the need to do something. - NFB of Canada Watch (free): https://www.nfb.ca/film/this_river/ #indie #film #eatthisfilm

Picturing a People: George Johnston, Tlingit Photographer Dir. Carol Geddes 1997 // 50 min This documentary, by filmmaker Carol Geddes, is a unique portrait of George Johnston, a photographer who was himself a creator of portraits and a keeper of his culture. Johnston cared deeply about the traditions of the Tlingit people, and he recorded a critical period in the history of the Tlingit nation. As Geddes says, his legacy was “to help us dream the future as much as to remember the past.” Watch: https://www.nfb.ca/film/picturing_a_people_george_johnston/ #film #history #tbt

Treeless Mountain dir. So Yong Kim 2008 // 89 min When their mother leaves to find their estranged father, six-year-old Jin and her younger sister are left to live with their Big Aunt for the summer. -IMDB Available on Amazon Prime, YouTube, & Google Play #indiefilm #eatthisfilm

Life and Nothing More dir. Antonio Méndez Esparza 2018 // 114 min Standing on the edge of adulthood, Andrew yearns to find his purpose as a young African-American in today's America. With his mother longing to find more to her life then parenting, Andrew is forced to take on the mounting pressure of family responsibility. His search for connection with an absent father, leads him to a dangerous crossroads. -IMDB Available on iTunes and Amazon Prime #indie #film #eatthisfilm

Milk of My Sorrow Dir. Claudia Llosa 2009 // 94 min Fausta is suffering from a rare disease called the Milk of Sorrow, which is transmitted through the breast milk of pregnant women who were abused or raped during or soon after pregnancy. While living in constant fear and confusion due to this disease, she must face the sudden death of her mother. She chooses to take drastic measures to not follow in her mother's footsteps. -IMDB Available on Amazon Prime & iTunes #indiefilm #film #eatthisfilm

Proclaimation Punctuation Dir. Sewra G. Kidane 2017 / 5 min "Proclamation Punctuation" is an enthralling fashion film centered on a fabulously fascinating woman reciting a short soliloquy paying homage to her love for using exclamation points in her missives. Periods are so period, where as an exclamation point livens up a sentence! There is simply nothing worse than a long dragged out sentence ending in an uninspiring dull dot! So when exclamation points are your philosophy on life, one must always keep it on the up beat!! - IMDB Available on proclamationpunctuation.com and KweliTV #indiefilm #film #fashion #SewraKidane #eatthisfilm